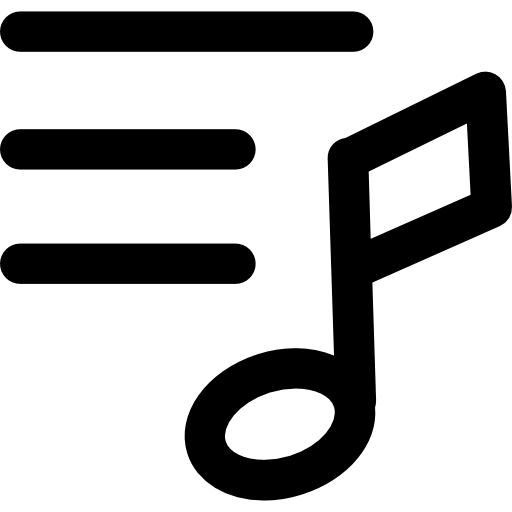 This message is only visible to admins:
Problem displaying Facebook posts. Backup cache in use.

Error: Error validating access token: The session has been invalidated because the user changed their password or Facebook has changed the session for security reasons.
Type: OAuthException

Muito Kaballa Power Ensemble is a nine member band from Cologne heavily inspired by afrobeat, funk and jazz. Their first album was released in 2019 on Switchstance Recordings also a label based in Cologne. The label was established in 2001 by Thomas Katongole-Strauch (aka DOGU of Ancient Astronauts) in order to give a platform to the music by a group of friends and artists from Germany. Over the years our artist roster got bigger and more international and we started working with artists and musicians from all over the globe.
This remix is taken from their second album double LP ‘Mamari’ by on outernational Brussels label Rebel Up Records run by Sebastiaan Bassleer. A very active DJ from Bruxelles that has a radio show on Radio Campus as well on Kiosk Radio.
Here is a few words from Sebastiaan Bassleer : 'Well the idea came from band members Niklas Mundemann and Jan Janzen, and together we selected producers and dj's with a focus on african, afro-european, latin and european remixes. I selected several dj's from my own global networks and Niklas & Jan did the same, so in the end we had a great and very diverse lineup"
"We wanted the producers and dj's to stay close to the original compositions but to give it their own sound or musical 'sauce', and this made the remixes special as a great crossover between the band sound and the electronic remix sound. its for a reason we selected my global electronic producers, as we knew they would work on the specific jazz & groove rhythms of the compositions and not just put a simple western house or techno beat underneath. it really had to be remixes that fit the original compositions but also perfect for the club dancefloor"
Indeed this third Muito Kaballa release is a remix album he has put together that is very impressive.
The countries represented by the remixers on this compilation: Portugal, Uganda, Poland, Angola, Cabo Verde, Germany, Ghana, Colombia, Brazil, US, Spain, Netherlands, Ecuador, Belgium, Democratic Republic of Congo, Nigeria, UK, France, Uruguay and Algeria.
Rafael Aragon’s remix is trance-inducing, powerful yet delicate, constantly changing and continuously breaking borders. Sweaty dancefloor stompers and soulful anthems with a magic touch inspired by forgotten traditions and ancient folklores from all around the world. Mystic chimes, ritual drums and witchcraft music meet raving kicks, deep dub basslines and electronic polyrythms to provide a rich, dancy and psychedelic experience...
Displaying numerous and eclectic releases on various imprints wordwide for more than ten years, and with uninterrupted gigs in clubs, parties & festivals all around Europe, South America and North Africa, Rafael has made a name for himself as a versatile and talented producer, remixer, live act and DJ.

Mop Mop from Berlin, Germany
Andrea Benini (born March 14, 1977), also known as Mop Mop is a musician, music producer and composer from , Cesena, Italy. He has worked in jazz, funk and club music.Mop Mop music is released by labels like Sony/BMG, Universal, Wagram, Agogo, Infracom, Freestyle, P-Vine and supported by DJs like Gilles Peterson, Toshio Matsuura, Michael Ruetten, Pete Isaac, Simon Harrison just to name a few. ANDREA BENINI and MOP MOP once again take a wonderful imaginary trip to a place which echoes and results in another deep musical trip with this classic release "Lunar Love“ featuring ANTHONY JOSEPH on many tracks like 'The Serpent' remixed by sUb_modU that i played on this radio show Benini is actually living and producing his new works in Berlin. His fourth studio album “Isle Of Magic” which includes funk legend Fred Wesley on trombone and British poet Anthony Joseph on vocals, is to be released in 2013.

The Selenites Band from Picardie, France
After enjoying playing the “classics” of Mulatu Astatke or Girma Bèyènè, the group offers us nine new songs. Original compositions where we find the melodies and rhythms of the Ethiopian music of “Swinging Addis” mixed with their kraütrock influences, psychedelic music and afro jazz. An atmosphere of trance on bewitching Ethiopian scales, tracks that invite you to travel and explore.
Created during the pandemic, between two confinements and successive curfews, in a vital impetus, this album sounds the big need to create.

The Anthronauts from Zürich, Switzerland

This new Afrobeat band brought together by their love for the music of Fela Kuti and Tony Allen. Founded in 2016 by bassist Wolf Wohlwend and drummer Alexis Malefakis playing along to a tape recorder, the band has in the meantime grown into a 10+ piece big band. Their debut album features the South African singer Nongoma Ndlovu and a dubmix by the late Reggae-legend Lee "Scratch" Perry.

Led by composer/arranger and leading UK-based Djembe player, Yahael Camara Onono and featuring members of bands including Kokoroko and Seed Ensemble, Balimaya Project intently synthesize and bridge London’s bustling jazz circuit with traditional repertoire and folklore of the Mandé peoples of West Africa, and in turn connect the music’s contemporary and ancestral forbearers.

The KutiMangoes from Copenhague, Denmark

6-piece from Denmark have crossed borders, thrilling audiences, radio DJs and journalists with their unique sound that pushes musical borders on the afro- and jazz scene. The KutiMangoes' third album, Afrotropism takes them deeper in their search for new expressions and common ground between cultural boundaries.
Kondi Band from Freetown, Sierra Leonean
Kondi Band is a collaboration between Sierra Leonean kondi (thumb piano) player Sorie Kondi and US producer / DJ Chief Boima, who himself has Sierra Leonean roots.
Following on from their ‘Salone’ album in 2016 and the massive single ‘Yeanoh’, the new recordings further hone the group’s unique fusions of Sorie Kondi’s inimitable vocals and the kondi thumb piano with intricate dancefloor electronics. The album was gradually recorded over a period of four years with Sorie on the road in Belgium, Spain and Canary Islands with the main production collaboration between Boima in Los Angeles and Will in London. The result is a varied and colourful set of tracks infusing Boima and Will’s wide-ranging dancefloor influences. Infectious first single ‘She Doesn’t Love You’ features guest vocalist Mariama Jalloh speaking home truths about rejection while future 4/4 dancefloor anthem ‘It’s God’s World..’ features a mighty bassline from prolific L.A. musician / producer Sweatson Klank. ‘The Sweetness Is Gone’ ramps up the dub and sound system energy while ‘How Will It Be For Me In This World’ sparkles on a bed of electronic textures and kondi lines.
Professor Wouassa from Lausanne, Switzerland
After performing some of the biggest swiss venues (Cully Jazz Festival, Paléo Festival, Festi’Neuch, Festival de la Cité…), the eleven pieces combo from Lausanne is at the front of the Afrobeat scene in Switzerland. Make sure you get their album Dangerous Koko!. Grow Yes Yes! is a nine-track LP transcending the codes of afrobeat with guests as Ebo Taylor or Seun Kuti to name a few , revisiting Fela Kuti’s music in an impertinent and relaxed manner. Between vintage afro-funk, contemporary highlife and tropical flavor, Professor Wouassa will to make you sweat, dance and wiggle from the get go.
Professor Wouassa is back with a furiously creative third album « Yobale Ma! » released on October 2019. With their initial afrobeat imprint, the Lausanne natives broaden their musical palette to explore the sounds of Africa in this new record.

Elia y Elizabeth's recordings, a duo of sisters who in a brief yet dazzling career during 1972 and 1973 achieved great success in their native Colombia. Taken from Vampi Soul sold out compilation brings to light 16 tracks which remained hidden like lost pearls. Their concise and natural mix of styles sways between soft-pop with a touch of tropical-pastoral funk, singersongwriter sweetened by the subtle perfume of Caribbean music and gentle psychedelia.The second album is also very solid and gets a repress for the first time by Vampi Soul at the end of this month !
Onipa from London, UK
This great tune called "Chicken No Dey Fly" features the late legendary Tony Allen
Onipa was born out of a deep collaboration between long-time friends K.O.G. (Kweku of Ghana of KOG and the Zongo Brigade) and Tom Excell (MD, guitarist and writer of acclaimed jazz / soul afrobeat pioneers Nubiyan Twist). The 5-piece live show features KOG on vocals, balafon and percussion, Tom on guitar, percussion and electronics, Dwayne Kilvington (Wonky Logic) on synths and MPC, Joe Henwood (Nubiyan Twist) on barritone sax & electronics and Finn Booth (Nubiyan Twist) on drums.

Thanks to Music is my Sanctuary we can hear this great remix by BOSQ
Newcomer Izzy Wise delivers a wonderful disco and afrobeat record on french label Délicieuse Records. After releasing on japanese institution Mule Musiq, the San Francisco based producer hits us with four serious disco-house burners. On remix duties, french legend Uptown Funk Empire, the man of many projects (Voilaaa, Mr President, …
Surprise Chef from Coburg, Victoria, Australia.
Surprise Chef are Coburg’s cinematic soul journeymen, pushing moody shades of instrumental jazz-funk with a DIY mentality. The centrepiece of the College Of Knowledge Records roster, Surprise Chef’s output reflects a meticulous education of 1970’s soul, touching on the legacies of composer/producers David Axelrod & Isaac Hayes, with cues also taken from the catalogues of Daptone and Truth & Soul
Bonobo now based in Los Angeles, USA
Taken from the album 'Fragments', released 14 January 2022 on Ninja Tune:
Bonobo has announced Fragments, a new album that will be released January 14, 2022 (Ninja Tune), along with a 2022 world tour. Along with the announcement, Bonobo has also shared the lead single “Rosewood.” Fragments is the most emotionally intense record that he - aka Simon Green - has ever had to make. It’s no surprise that it’s also his masterpiece. The album features Jamila Woods, Joji, Kadhja Bonet, Jordan Rakei, O’Flynn and Miguel Atwood-Ferguson. Born first out of fragments of ideas and experimentation, the album ultimately was fused together in a burst of creativity fuelled by both collaboration and Green’s escape into the wild. ​​The artwork for ‘Fragments" is by Neil Krug who returns after creating the art for 2017’s 'Migration’. Krug has also made a visualiser for ’Rosewood”.
Alex Malheiros from Rio de Janeiro, Brazil
Once again Far Out Recordings come correct with this brilliant release !
This very funky track has been produced with Sabrina Malheiros on vocals, Daughter of Azymuth member Alex Malheiros.
Stargazing from the sands of the Niterói beach, Tempos Futuros is low-end-led Brazilian futurism from one of Brazil’s most prolific and influential bassmen. As one third of legendary Brazilian trio Azymuth, Alex Malheiros has pioneered a unique fusion of space-funk, samba and jazz since the early seventies. His playing can be heard on the records of Jorge Ben, Milton Nascimento, Roberto Carlos, Marcos Valle, and Mark Murphy (to name a few), and he’s performed and toured with everyone from Stevie Wonder to Chick Corea.
Thank you to all the bands, artists & labels across the globe for making incredible music :

thanks for starting your show with my remix !! <3

Afrodiziak Vol 10 Rest In Peace DO